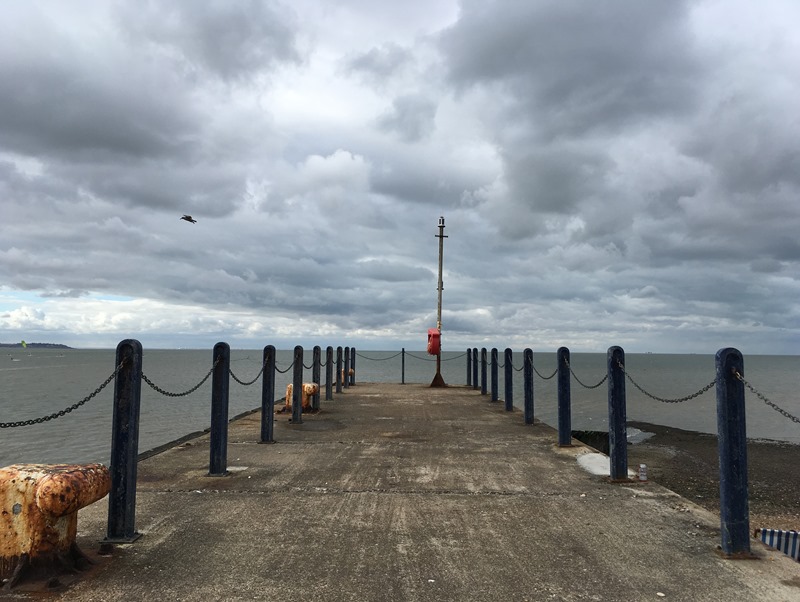 We’d been for a long walk along the beachfront from Tankerton to Whitstable Harbour and as we rounded the last stretch, we could see Whitstable Harbour. There in the distance, I saw what looked like a large warehouse with the words “restaurant” painted on the roof. If there is one home truth about the sea air, it is that it stimulates your appetite and suddenly eating by the sea front seemed like the best idea ever.

We followed signs for The Lobster Shack and chose to sit right by the water’s edge. I have to admit, for one split second I did wonder why we were the only people sitting outside but my thoughts quickly turned to food and how quickly I could obtain it. 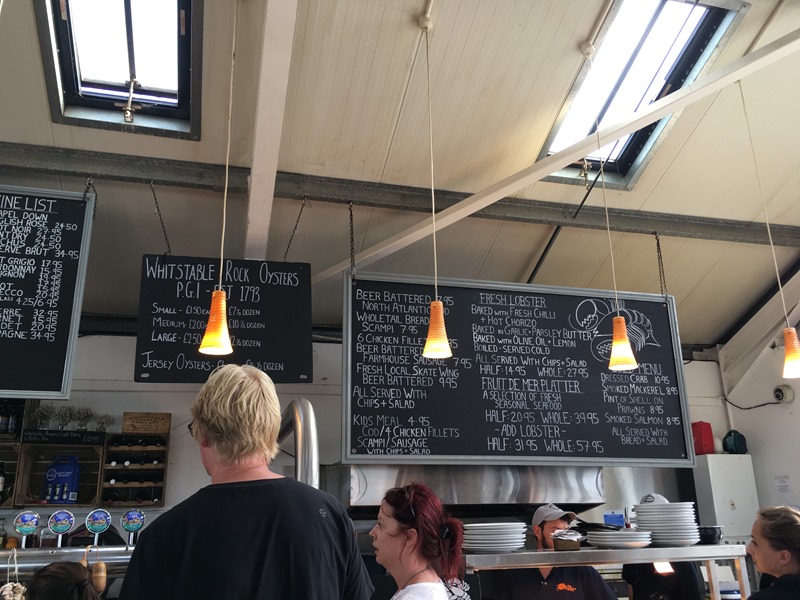 As the wind began to pick up, I hurried inside, pausing only to ascertain whether it was less windy closer to the shack. It wasn’t and so I hurried along. Inside The Lobster Shack it was bustling and full of diners. I was surprised how quickly I was served and placed the order before grabbing drinks and water for Molly the Labrador and heading back outside. 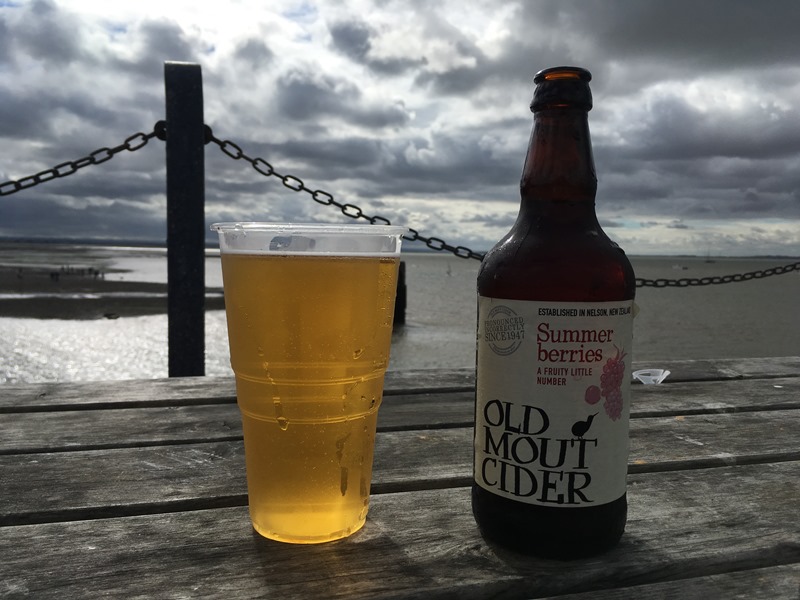 After losing my cup to the wind, Stephen and I settled down to enjoy our drinks and gaze over the sea. Molly tried her best to drink her water out of a pint glass before settling down to enjoy the wind in her face.

When the waitress came outside with our food, she remarked at how brave we were to face the windy conditions. When a local says something like that about any part of England’s rough and windy coastline, it is usually a good idea to take heed but we were simply too hungry. 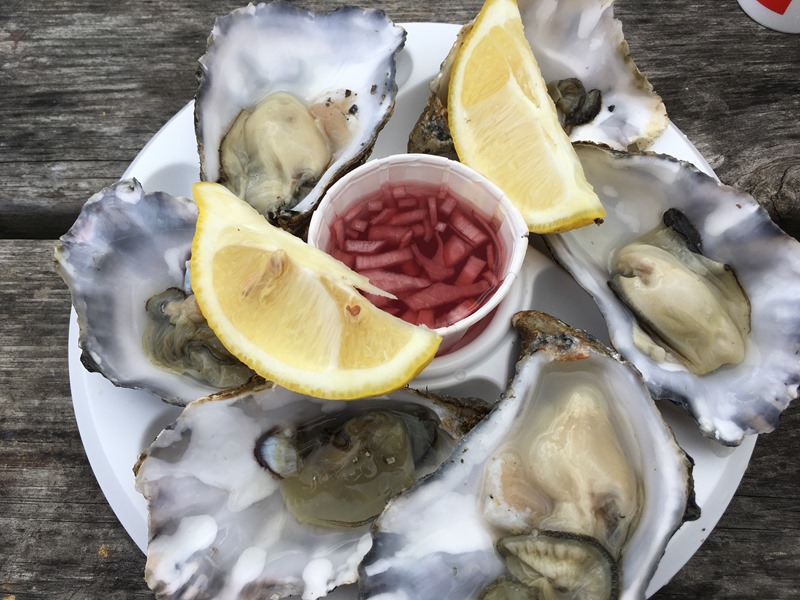 To start, we shared a half dozen medium Whitstable Rock Oysters for £10, served with lemon, Tabasco and shallot vinegar. My first thought was that the oysters tasted remarkably like shampoo but that was before I realised that the wind had blown half my ponytail into my mouth. Once I perfected holding my hair with one hand and my oyster shell with the other, I was truly able to appreciate the oysters. We knew that we were close to the source because the oysters were simply delicious. We even got to try a few dashes of the Tabasco sauce before the wind blew the container into the sea. 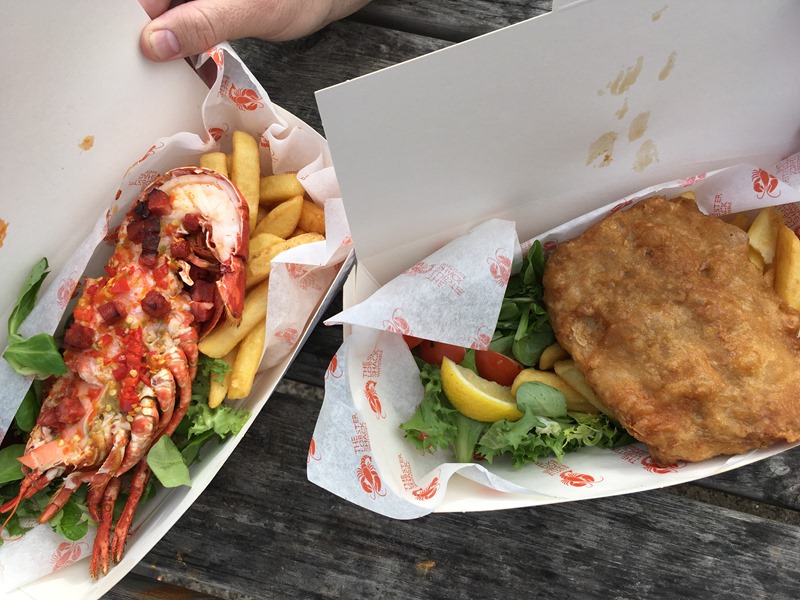 For main course, I tried half a lobster tail served with chili and chorizo for £14.95 and Stephen tried the local skate wing for £9.95, beer battered and served with chips and a homemade tartar sauce. I apologise for the quality of this photograph, what you can’t see in the photo above is Stephen desperately trying to prevent the plates from blowing away and he put in a fine effort.

The lobster tail was absolutely delicious. I had never eaten lobster before but will certainly eat it again. Even though the chili and chorizo could have made the dish quite spicy, I didn’t find it too spicy at all and instead thought it to be very tasty. Stephen enjoyed his skate wing but warned me that he didn’t think I would like it due to the numerous and unusually-located bones. I decided to give it a miss but he said it was very good. We both loved the chips which is unusual because I am super fussy when it comes to chips. We drowned them in vinegar and agreed that they were perhaps the best part.

Once we had finished our meal, we quickly polished off our drinks and were soon on our way. We might have been brave enough to face the wind but even we could not take much more. We turned the way we had come and walked on past the beach huts before making our way home. We even stopped to chat to a lady about the history of the beach hut which you can read about on our walk from Tankerton Slopes to Whitstable Harbour. 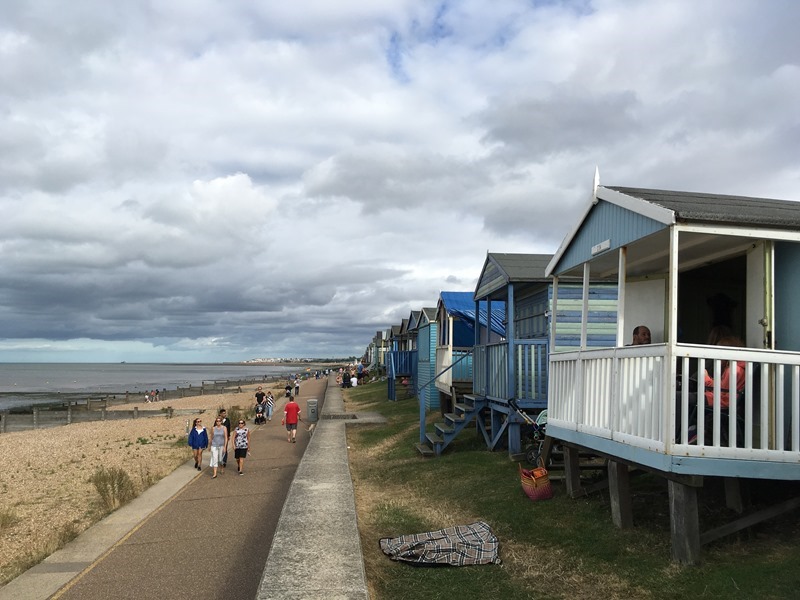 I’d certainly recommend The Lobster Shack and the lobster tail was so good that I’d even brave the wind again for it, although I might just sit inside next time just to be sure.

Have you ever tried extreme dining? What is the most you have braved for a good meal?