It had been quite a day so far! I’d woken up in Manhattan, spent the morning at the Statue of Liberty and Ellis Island, the afternoon on both sides of Brooklyn Bridge and in the early evening, I made my way to Queens to Citi Field, the new world class home of the New York Mets.  One of my biggest dreams had been to see live games of the major American sports - baseball, basketball, ice hockey and football and I am happy to say that I achieved one of those dreams that night! 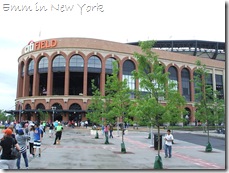 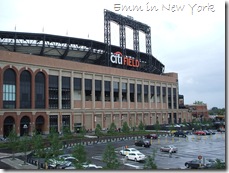 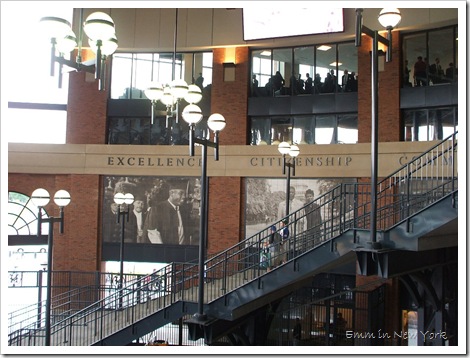 The new Citi Field stadium is absolutely gorgeous and so classy inside!  I was absolutely in awe and so obviously a tourist as I stood there taking photos! 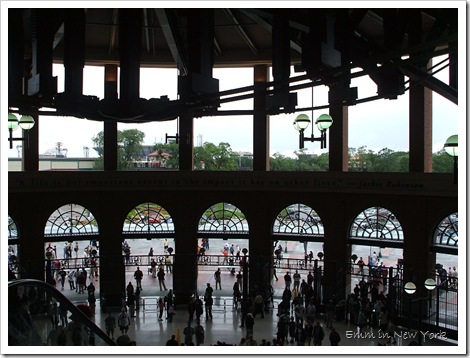 I took my seat and hauled out my trusty notebook as I waited for the game to begin.

Well here I am, sitting in a slight drizzle at Citi Field, home of the New York Mets (sorry, that should be “New World-Class Home).  I did a LOT today.  In fact, I’ve done a lot this trip and I’m only half way through.  Thank goodness I have an extra week to blog, read, sleep and rest next week!

Oh man, I hope this game goes ahead!  They just took the ground cover off and put it back on again.  Then again, it is raining again.   I may just become cold and miserable soon!

I got here early as I skipped out the Lower East Side Tenement Museum.  I had the chance to really relax for a while at Grimaldi’s and stayed a little while longer.  Then there was the whole drowned rat Emm experience which took the better half of thirty minutes.  The Tenement Museum sounds interesting but I’m getting a little weary of paying to get in everywhere and didn’t want to pay to get in and not have at least 90 minutes to go around there.

Thank heavens most of the museums and art galleries in London are free!

I’m seriously wavering about going to DC tomorrow.  On the one hand, I could use the bus money to go to the Tenement Museum.  I could also relax and take an afternoon off.  On the other hand, I could use a change of scenery and I would LOVE to see the sights there.

I must say, if it weren't for my precious little notebook and the chronological order of photos on my camera, I would never have remembered everything I did, thought and felt on my trip! 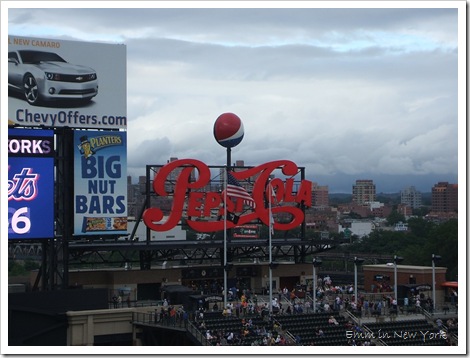 Finally, it was time for the game to begin! 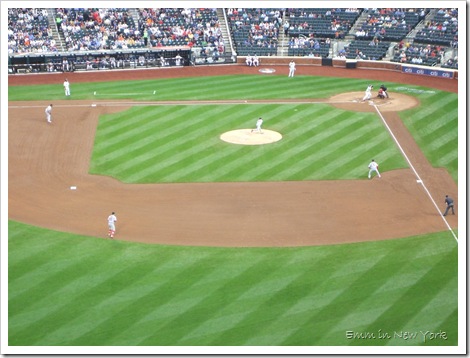 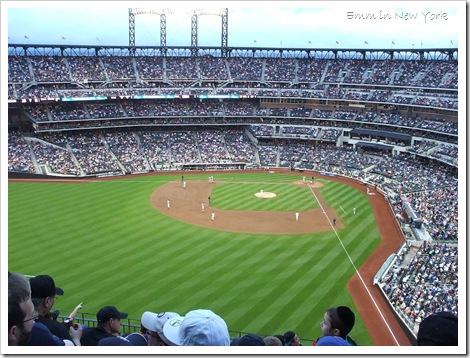 I’d obtained tickets high up on the third tier for about $15 if I remember correctly.  I’d really wanted to see the Mets vs. Yankees game on the Friday evening but the only tickets available were going to cost hundreds of dollars!  Mostly, I was just pleased at the chance to see a real, live game.

Now I’ve been to live football games in England and cricket and rugby matches in South Africa but I have never experienced such a huge thrill before as I experienced that night.  The atmosphere was absolutely electric and yes, in answer to Stephen’s first question, it was complete with the organ and the horns too.  I had loads of fun shouting “Let’s Go Mets!” with the crowd and have to declare that I am now officially a New York Mets fan. 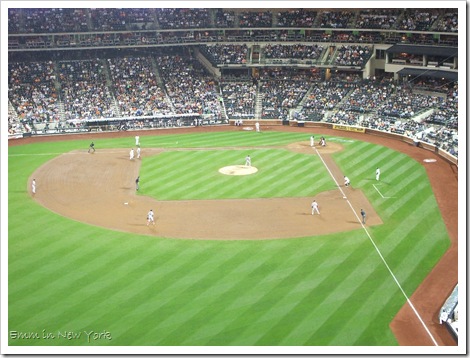 The one thing I had never really appreciated about baseball before is how short the innings are.  Runs are few and far between but I was lucky enough to see a home run by Evans in the fourth innings.  Unfortunately, my photo of the home run has a man standing in the middle of it as he shot into the air as I took it! 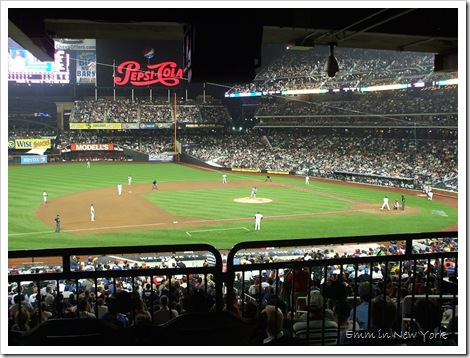 I eventually had to leave during the 8th innings though.  I was absolutely freezing and wasn’t sure if Stephen would appreciate me charging a New York Mets sweater to his credit card.  I’d like to say for the record how deeply I regret the decision not to buy one and I will certainly do so next time I am in New York!

The final score was Mets 11, Cardinals 0.  This is the scoring summary for those of you who are interested. 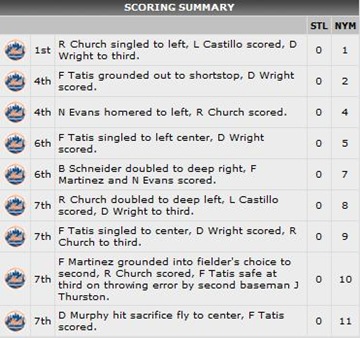 I caught the subway home from Citi Field all the way to West 110th Street for the princely sum of $2.  Take that London!  What you lose in new York on admission fees, you certainly make up in the cost of transport!

As I came to the end of the fourth day in New York, I found myself insanely gleeful to be be in bed after spending at least fifteen minutes defrosting under a steaming hot shower.  I was more tired than I could remember being before but I was pleased with everything I had done so far.