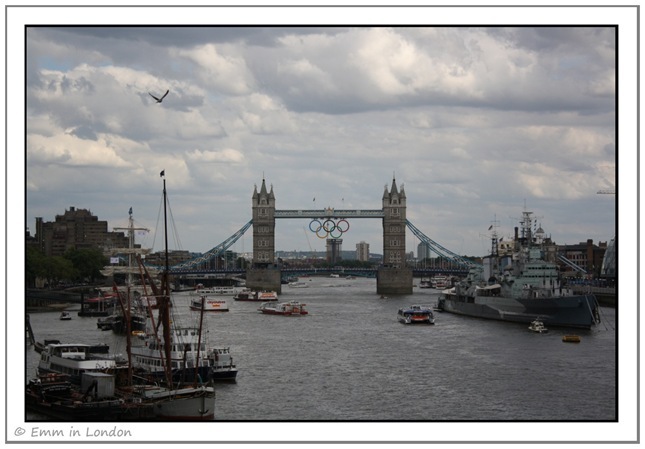 It has been ten days since the Olympics began in London but the response in central London has been quite subdued.  I’ve taken to wandering around Trafalgar Square during lunch time or after work, and there is definitely more people there than usual, but other than that everything seems quiet.

Of course, that might be expected as the Olympic Park is seven miles away from central London and I believe it was absolutely heaving there over the weekend.  I was just kind of hoping for more tourists and excitement like we had with the Jubilee and the Royal Wedding last year.  One thing is for sure, London is far more quiet than it usually is during these key summer months and our businesses are struggling because of it.

I was meant to go into London this past weekend to meet up with Anni from This is Belgium, the lovely winner of my Thomas Cook Games Break Competition but alas, I have been stuck in bed for three days with a summer cold.  Surely there is some karmic law against summer colds?  And since when does a cold keep one down for more than 24 hours? Scandalous.

Anyway, do pop over to Anni’s blog to see some photos from their short break to the Olympics.