When Sarah from The Experience Collection Project suggested that I book ahead for the TickItaly Last Supper tour, I wasn’t sure what to expect but I duly went ahead and booked tickets for my mother-in-law Robyn and I. I’m really glad I did because I loved learning all about the Sforza Castle and seeing works by Michelangelo and Leonardo in the Museo D'Arte Antica. The highlight of our tour was seeing Michelangelo’s Last Supper but before we did, we explored the beautiful Church and Dominican Convent of Santa Maria delle Grazie where the painting is housed. 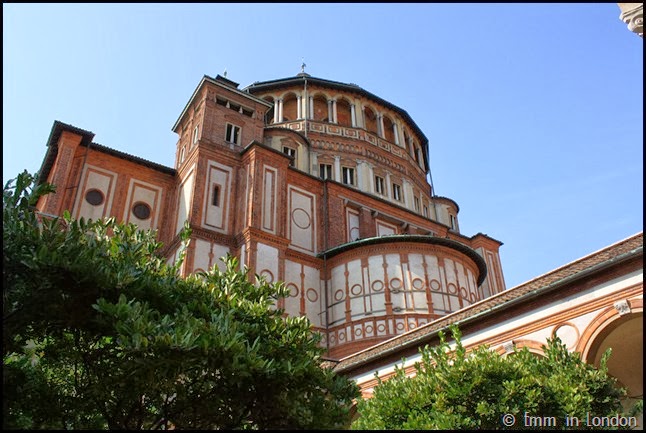 I have a fascination with churches and it is an interest that I have held for about 20 years, ever since a friend of my mother’s showed me the photos he took of churches around South Africa. In the years since I have been travelling, I have realised that my interest extends beyond churches to mosques and synagogues too. I consider myself to be quite secular but something about these majestic establishments instils a sense of wonder in me.

And sometimes, a church especially takes my breath away.

From the moment I spotted the Santa Maria delle Grazie, it was as if the tour guide and everything else dissolved around me. I immediately fell in love with the geometric lines of the dome, the circles and rectangles and the simple yet elegant design.

Despite my newfound admiration, I was still unprepared for the beauty of the church’s interior. 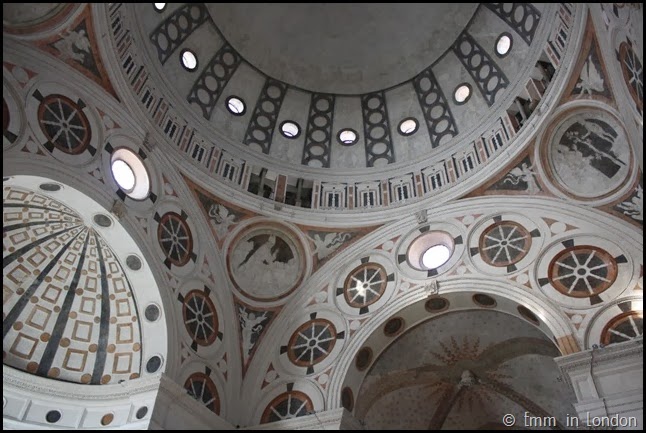 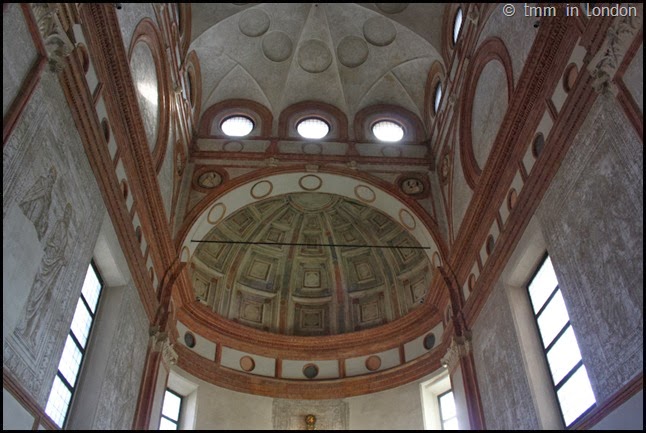 It was Francesco Sforza, Duke of Milan who ordered that a Dominican convent and church be built in Milan in the 15th century. It was built on the site of a small chapel and similarly dedicated to St Mary of the Graces (Santa Maria delle Grazie). The convent was completed in Francesco’s lifetime but it was his son Ludovico who ordered that the cloister and apse be completed when he came to power in 1494. Ludovico deemed the church to be the Sforza family burial place and his wife Beatrice was buried there in 1497. 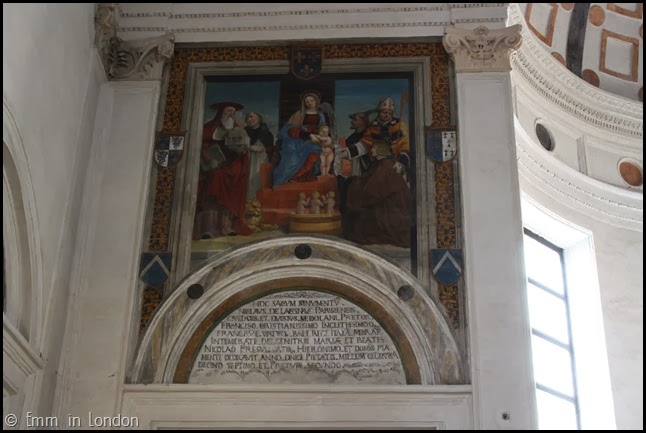 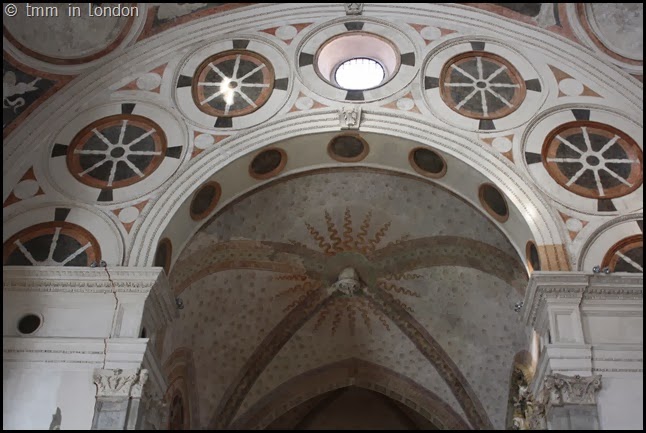 The walls of the church are adorned with frescoes by Gaudenzio Ferrari and Bernado Zenale and there is intricate paintwork throughout the church. 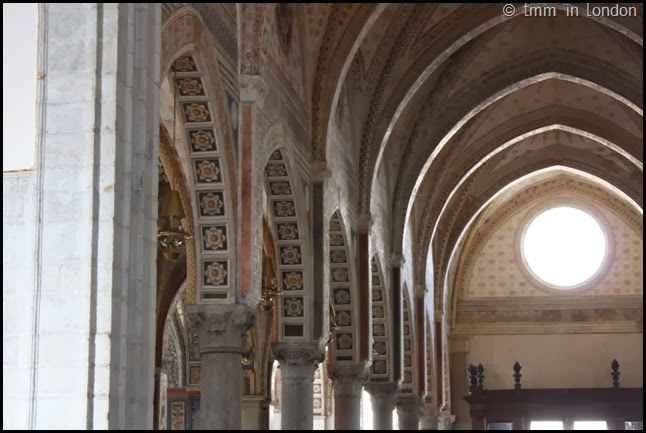 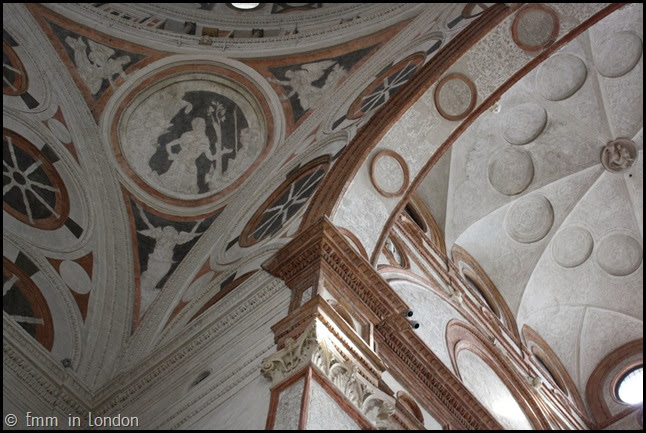 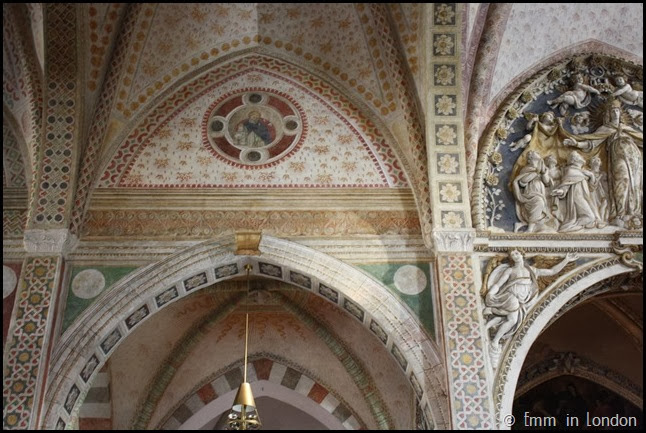 For many years before rebuilding and restoration, the historic painting was protected only by tarpaulin and a scaffolding built specifically to protect the wall.

This is why the 1954 Hague Convention for the Protection of Cultural Property in the Event of Armed Conflict was so important, to protect against indiscriminate destruction of cultural property during wartime. 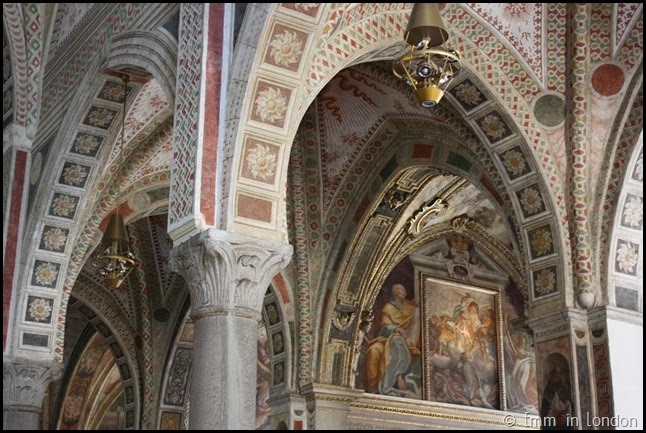 We did get the chance to see the Last Supper during our stay. Visits are firmly limited to windows of 15 minutes and photography is strictly forbidden in the refectory. I can tell you that it is absolutely worth seeing this painting in person. The perception of depth and perspective is quite marvellous, such that you feel as if Christ and his disciples are there on a raised podium above you and you can see beyond to the hills behind them. I’m not really sure if 15 minutes was sufficient. It was all rather dignified (except for the people caught sneaking photographs) and I didn’t feel that we were herded in like cattle but I think I would have preferred a quieter, lengthier moment of contemplation.

Linking up with Our World Tuesday.

Have you ever stood in awe in a place? What is the most beautiful place you have seen?